Letter from author and advocate Joyce M. Short: Making rape by fraud a crime in every state

This week, I’ve identified the current status of rape by fraud law in Idaho and Texas on my blog. I’ll be adding 2 new states each Monday and Thursday. Once all the states are identified, I’ll be adding case law to the database. Rape by fraud, or sexual assault by fraud, is the crime that happens when someone defrauds you to engage you in sex, particularly when they use lies of identity to do so.

I have no specific order for my research, so if your participants have a particular state they want to know about, they should contact me on my blog at CARNAL ABUSE BY DECEIT – Can you spot a sexual predator?

I applaud the work you do to help victims recognize what happened to them and heal. As you know, sociopaths are not deterred by their conscience, they have none. The only way to stop them is by their fear of exposure, which they will lie their way around, or their fear of punishment. It’s my goal to ensure that punishment exists in the penal code of every state.

I am ecstatic that a NJ Assemblyman is determined to propose such a law, and will be using language I fashioned in the legislation he submits. It’s one of several states I’m working on, and would love to see more. It requires someone, or even better, multiple people, coming forward from their specific state. A victim came forward in NJ, and we are able to get traction in that state because she did so.

Your readers can contact me through my blog to let me know of their specific situation. I guarantee to protect their identity if doing so is their preference. I can tell them whether or not they have a case we can use to turn the tide. Doing so is easiest while the waves are rolling in, so it’s best that they contact me as soon as possible.

Jake’s story: Abuse, addiction, and love with a sociopath #DVawarenessMonth

BETHESDA, Maryland, October 10, 2014 — Jake* is a survivor of drug addiction and sociopath abuse living and recovering in The United States.

My name is Jake and my story is not for the faint of heart (as with anyone who has been in a toxic relationship with a sociopath). My story involves addiction, therefore is painful to talk about, but in writing this story I believe I will find healing so I can move on with my life. If I can help even one person with my story, then all of this was worth it. Read more…

Each day during the month of October, column author Paula Carrasquillo will feature a story written by a survivor of domestic violence. At the end of October, a compilation of all stories will be available for free as an e-book.

*All names have been changed to protect the survivor and the survivor’s family and friends.

Helen and Irene’s Stories of Abuse and Recovery*

Helen’s Story – “Nothing I did ever made him happy.”

Irene’s Story – “When I told him I was pregnant with our third baby, he wanted me to abort it.”

Each day during the month of October, column author Paula Carrasquillo will feature a story written by a survivor of domestic violence. At the end of October, a compilation of all stories will be available for free as an e-book.

Read all the survivor stories published this month to Paula’s column, Living Inside Out Loud.

*All names have been changed to protect the survivor and the survivor’s family and friends.

The following breaking news reported by Donna Anderson of LoveFraud.com made my skin crawl and simply angers me. Why don’t we listen to our gut instincts?

Why did he tell me this? Because I had added a security password to my phone after catching him spying on my texts and calls. In claiming to be a hacker, he was trying to instill fear in me and make me feel trapped and cornered, out of control.

The only thing his stupid “confession” of being a computer hacker did was make me angry, despise him more and encourage me to finally find a way out of the relationship without him hurting me or my son further.

If someone tells you they’re a spy or a secret agent or a hired killer, find a way out of the relationship. These are bluffs of morons and frauds with a lot of secrets to hide.

The first thing agents are trained not to do is talk about fight club, remember?

Listen to your gut. Be mindful of your intuition. These people are NOT smarter than us when we listen to that voice in our head and make that voice our guiding light.

Read my review on Communities Digital News, LLC – Rape by fraud: What it means and why it matters 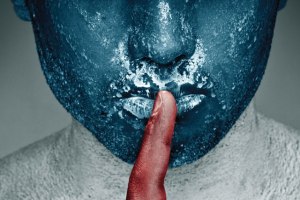 Rape by fraud: What it means and why it matters
by Paula Carrasquillo for CommDigiNews

WASHINGTON, February 9, 2014 — In her recently published book, “Carnal Abuse by Deceit,” Joyce M. Short presents a persuasive case for the expansion and inclusion of rape by fraud across the penal code systems in the United States and uses her personal story as supporting evidence.
Read more…