Becoming Numb to the Sociopath and Opening the Door to Survival 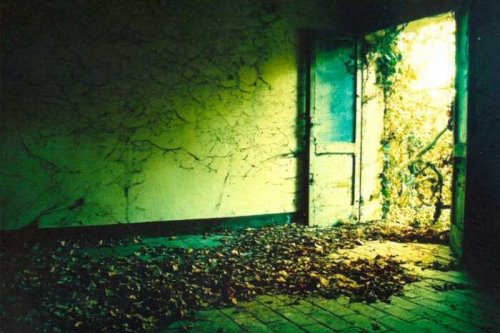 Why and how do they do it?

First, Sociopaths need good people to camouflage their shittiness from the world. The more loving, giving, religious, charitable and/or respected their significant other, the more likely the sociopath will succeed in gaining his own reputation for being the same type of good person his significant other spent years establishing.

(Remember, sociopaths are the biggest and most successful cheaters on the planet! They can do it remorselessly and believe they deserve it and earned it honorably.)

The delusional sociopath automatically considers his significant other’s friends his friends and will use them to cowardly hide behind while getting away with his insidious abuses.

(Think of churches, clubs, community service groups and even yoga studios and gyms where people come together to reach collective goals as a community or team.)

And sociopaths seem to have amazing radar for finding people like this, the absolute opposite of themselves.

Sociopaths hone in on and find the most empathic and forgiving individuals among us. They seek us out, because we serve as safe havens for the sociopath’s diabolical nature.

Often times, people like this have gone their entire lives without falling prey to sociopaths. We have made friends, loved and lost and experienced the natural highs and lows of love and grief.

Knowing this is one of the reasons many of us stuck around longer than we should. We held out hope that the sociopath understood love, too.

We gave the relationship, not necessarily the sociopath, many chances.

So, no, we were not all co-dependent. Entering the toxic relationship with the sociopath thrust us into behaving in ways characteristic of co-dependency.

We made excuses for the sociopath, and early in the relationship, we agreed with the sociopath when he claimed others didn’t like him because they were jealous of him.

This degree of co-dependency came from being with the sociopath too long. And we stayed too long because our nature dictated us to only look at the good despite the sociopath continuously pushing and destroying our boundaries, while simultaneously giving us empty apologies and false promises that he/she would change.

And because we are highly empathic and understand that love is patient, we gave the sociopath chance after chance to change his/her way of thinking about us. We held out hope that the sociopath’s demands and expectations of how we SHOULD love them would ease and align with reality.

(No one is perfect; we all make mistakes. Shaming and blaming and relentlessly pushing a person to the edge of sanity is not love.)

Unfortunately, the only thing that changed was our faith in ourselves. We interpreted the sociopath’s perpetual lack of understanding as our inability and failure to demonstrate our full capacity to love.

So we kept trying and prooving ourselves worthy. We gave the sociopath more and understanding than we had ever given to another human. Ever. And it still didn’t make a difference. The sociopath remained unchanged.

We exhausted ourselves to the point of losing sight of what real love looked like.

We lost our ability to overcome and mutually work through relationship issues and road blocks. We questioned our ability to love, care and forgive, because the sociopath relentlessly diminished us for reacting emotionally and normally to his hatefulness.

If the sociopath had his way, we would have simply submitted and allowed him to think and act just as he wished to think and act, regardless of the harm and abuse he inflicted.

The irony of the sociopath’s wish for us to stop reacting so emotionally lies in the simple fact that he coveted us in the beginning because we ARE so emotional and caring. If we had been void of emotions, we never would have attracted the sociopath into our lives in the first place.

So the more the sociopath demanded that we become like him and learn to relax and let things roll off our backs, the more we attempted to do that.

And when we did this, the rage became even greater. Initially, this caused us great confusion:

But we learned quickly that the sociopath is not only hateful, but he is also the biggest hypocrite we’ll ever encounter.

For the sociopath to remain happy and without rage, we must remain detached from our emotions unless those emotions somehow benefit the sociopath.

We must laugh, cry and get frustrated only when the sociopath deems those emotions necessary and just. All other emotions we feel are judged and vilified by the sociopath.

(The same principles that guide a schoolyard bully’s behaviors.)

In the sociopath’s delusional attempts to force us to become numb to all things that normally illicit emotional reactions in us, we also became numb to the sociopath and his manipulations.

The numbness overtook us one day, more than likely in the middle of one of the sociopath’s rages.

(What an insult to the sociopath’s nature!! How dare we become numb to him?!?!?)

Instead of fighting or running away like we had done so many times in the past, we sat emotionless and quietly “took it” instead.

Becoming numb is essentially the “freeze” mode of our “fight/flight/freeze” response to threatening situations. In our numbness, we fully rejected the drama that drove the sociopath’s behavior and abuses against us.

We didn’t realize it in the moment, but our ability to go numb was a beautifully disguised clue that we could survive without the sociopath’s approval and acceptance. We CAN detach. But we were too numb to understand this fact as it was happening.

Do you remember when you first became numb? It is not a sign of heartlessness. It’s a sign of strength and your ability to self-protect.

Our last resort is becoming numb and detached. It doesn’t feel good or natural to us. That’s why we question it.

But we realize, eventually, that becoming numb is not a heartless act. We finally learn what being heartless really is:

Heartless is cheating and manipulation.

Heartless is behaving and responding to those you claim to love without empathy, compassion or a conscience.

Heartless is driving another to detach from all others except oneself.

Heartless is the sociopath you escaped.