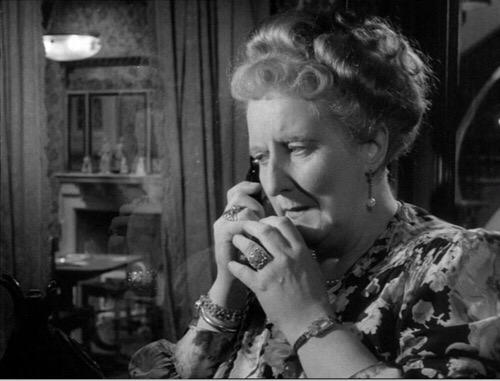 “There’s something odd about that guy she’s dating.”

I have many sisters who aren’t afraid to be direct with me. I have a mother who pays attention and asks questions. Despite this, none of them felt comfortable probing me about “that guy” while I was dating him or letting me know how they really felt.

Only after I escaped the sociopath did I learn about the numerous conversation my friends and family members were having amongst themselves about “that guy”. In the aftermath of the relationship, my mother and sisters confessed that his behavior was “odd” and “abnormal”, but they weren’t able to define exactly what it was about him that made them uneasy. This inability to pinpoint a tangible reason to explain their gut feelings discouraged them from voicing their concerns with me directly.

Even if they had approached me, I’m sure I wouldn’t have welcomed their criticisms and questions. I would have become defensive and made excuses and explained away his behavior. I was in both shock and denial while inside the toxic dynamic. I was unwilling to face the humiliation of choosing so poorly, so the more I pushed away the reality of who “that guy” was turning out to be, the less humiliation I felt on a daily basis. I thought I was preserving myself, when I was actually allowing myself to decay from the inside out.

Today, I can pinpoint exactly what it was about “that guy” that made my family’s skin crawl, because it made my skin crawl too, but I just kept denying what I was sensing:

A permeating presence of stagnant, low-vibrational energy, which revealed his 1) lack of authenticity; 2) lack of truth; and 3) lack of original thoughts.

When I think back to these words he screamed at me just before I escaped, “I don’t know why you’re getting so upset now after all this time. You knew from the beginning that this is who I am,” I realize he was right. Even before the name calling, blocking, pushing, grabbing, pinching and down-right dirtiness of his actions and words, the ugliness of the sociopath was always present, hovering like a phantom and lingering at the threshold of the foreground and background. And he never tried to hide it. He actually believed he was as normal and as healthy as the next guy.

1. Lack of authenticity – This was ever-present but especially noticeable to me when we were with others in a group. I immediately picked up on his false gestures of friendship and camaraderie. In the beginning, my body would only slightly react…a tickle in my throat…at the sound of him talking about how happy he was for someone. He wasn’t happy for anyone. Who was he fooling? He only said he was happy because he thought that was what he was supposed to say. He didn’t feel happiness for anyone on any deep level. I sensed this lack of genuine emotions early but was too naive to understand the depth of what it meant about the true nature of “that guy”.

2. Lack of truth – Closely connected to his lack of authenticity, his lack of truth expanded beyond simply lying when recounting stories from his past and present. I never sensed a solid truth in anything he said, chose to eat, buy or acquire. In every relationship, we share and tell our stories with a combination of the words we use and the things we choose to surround ourselves, from the books on our shelves to the pictures we carry in our wallets. When we are in the presence of an honest and truthful person, everything that person says and everything surrounding that person, from their clothes to their friendships to what they eat, makes sense, folds into each other and further solidifies our personal idea of who that person is. With “that guy”, there were too many contradictions flashing before my eyes, making it impossible for me to form a clear picture of who “that guy” was. Unfortunately, because my intuition was not well-primed, these contradictions caused me to feel confused and restless about the emotions and sensations they conjured within me. I fought the contradictions and attempted to explain them away: “Oh, he’s just complicated. He’s just really in touch with his feminine side. He’s just very masculine and that’s why he’s super jealous. He’s just not used to kids. His just needs more time to understand my family.” The excuses were endless and only served to hide the truth about the lack of truth within “that guy”. I couldn’t form a solid image of his persona in my mind, because he wasn’t standing in truth. He was perpetually acting and switching roles depending on his audience and based on what he thought would garner him the most control, reward and attention. I see that now, and it’s twisted.

3. Lack of original thoughts – This was one of his most aggravating qualities. He liked regurgitating the thoughts and ideas of others and claiming them as his own. I considered this the equivalent to stealing, but I honestly didn’t think he actually believed his own delusions until I caught him claiming my thoughts, skills and ideas as his own. Some may call this gas lighting, but I knew the truth and never questioned my truth as he spewed it from his lying mouth. This wasn’t a matter of forgetting whether or not I knew something that he was trying to pass off as his lesson to me. This was a matter of me stopping myself from vomiting all over him due to my uncontrollable disgust at his arrogance, disrespect and lack of integrity. He wasn’t fooling me. But he was. I didn’t speak up and say, “Don’t use my knowledge and my words to establish your false sense of superiority over me.” Instead, I let the anger and disgust fester, while simultaneously trying to convince myself that he didn’t mean any harm. After all, don’t they say imitation is the highest form of flattery? Hmm? I don’t think so either. It’s just thievery and a little creepy.

Looking back, I used to feel ashamed at myself for remaining inside that low vibrational and toxic relationship for so long. Today, I realize my intuition simply wasn’t evolved enough to figure it out calmly and quickly. I reacted from a place of high-sensitivity without understanding why I was reacting from that place. It wasn’t because I was too sensitive or unstable. It was because my sensitivity was right on par. It was “that guy” who was unstable.