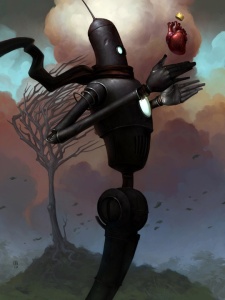 People without a conscience (you know, sociopaths) are able to “get over” loss and failure easily.

Why? How is that possible?

The one characteristic of sociopaths which we can never, ever forget and must keep at the forefront of our minds is the reality that the sociopath is not like the rest of us. The sociopath is not capable of becoming emotionally attached and rooted to anything, any place and definitely not any person.

The sociopath’s heart is without grace.

Any connections you perceive the sociopath to have (because that’s what we do; we try to understand the sociopath as we understand ourselves) are purely surface, superficial and material. People and animals are objects that the sociopath uses and controls to his advantage and to validate his delusions of superiority and uniqueness.

He loses a job? The sociopath might be pissed for a day or two but will soon be manipulating and conning his way either into another workplace/position or someone “close” to him out of money and resources.

They make these “losses” look like “no big thing” because they really are “no big thing” to the sociopath. That job was just a tool he used to look good and to buy stuff that made him look good. He can always find another employer to suck.

He loses a fiancée/girlfriend/wife? Pfft! The sociopath will seem distraught for about a week as he cries and complains to his adoring audience about how terrible and heartless his ex was for leaving him. Then, almost like magic, the sociopath’s tears will dry up and he and his audience (a.k.a. pity-party participants) will move on to a new project the sociopath conned and manipulated them into doing in order to help the sociopath get his mind off of his loss.

Again, the sociopath appears and acts incredibly strong and together in the face of a crushing and life-changing event. But who can take on a house renovation, a book project, a new girlfriend/boyfriend or anything requiring making an emotional connection to anyone or any idea within just a few weeks of losing another emotional connection? A sociopath–that’s who.

But we don’t see their strength for what it is—a deficit in the sociopath’s character.

But look closely. Nothing has changed. The only thing that has changed is the group of suckers surrounding the sociopath. These new and/or well-groomed long-term suckers freely give to the sociopath their time, care and resources so the sociopath, their devastated and wronged friend, doesn’t suffer unnecessarily due to the selfishness and carelessness of the heartless person/employer/ex-friend who hurt him and caused his suffering.

People who have aligned themselves with a sociopath have no idea that any bad habits exist. I mean, how do you detect that someone is a lying piece of trash without a conscience? How?

We wouldn’t, because healthy and normal good people do not live to pit people against others just so we always comes out smelling like roses. We just don’t.

Unless you are deeply intimate with a sociopath and share a living space or workplace with the person, you may never understand the ugliness involved in triangulation, lies and deceptions. In many cases, the sociopath is so passive aggressive and so good at stonewalling and giving you, the pity-party participant, the silent treatment (once you do start asking the “right” questions) that the sociopath never, ever outright lies with his verbal or written language.

There is a reason the sociopath goes silent. A very fucking (excuse me) good reason: the sociopath refuses to be linked to a direct quote that reveals all truth. Instead, the sociopath withholds that truth in hopes that you’ll either A.) Stop asking your silly and infuriating questions or B.) Abandon/fire him like the last person/employer so he can start his pity-party game all over again with another unsuspecting group of folks.

But, if you look closely, the truth is always revealed in what is not said or written. The absence of answers is indicative of the presence of lies.

The truth is in the sociopath’s avoidance of answering questions and facing his opponents head-on. The sociopath leaves the dirty work up to others (pity-part participants) to pass along and smear and demean those with the strength, courage and self-respect to finally walk away or fire his ass.

So the next time you meet someone with an unbelievable back story about being wrongfully accused of doing unspeakable things, listen to your gut. If he claims to be “all good” with it because that other person or employer is just crazy or insane or bipolar or borderline, question how he could “get over” a person he once wanted to grow old with. Ask him how he can just “let go” of his dream job without mourning it.

Normal and healthy people NEED time to grieve and process tragedy, if indeed they describe it as tragic. A few weeks? Come on! You know BS when you smell BS, so why are you allowing his BS to smell like that 4th bouquet of flowers he had delivered to your office?

Give your gut some credit. It’s not JUST your gut. It’s a very discerning and intelligent inner voice you’ve been carrying around with you your entire life.

You should heed that voice when it repeatedly tells you, “This person is a liar. This person is a deceiver. This person will throw anyone and everyone under the bus, including you. Who cares if he claims you’re the best thing to ever happen to him. You already know you’re a fantastic and amazing person. You don’t need some loser, some person who obviously loses people and jobs and family, telling you how great you are. The common denominator in this loser’s life is himself. Wake up!”

Walk away gracefully from the graceless beasts.