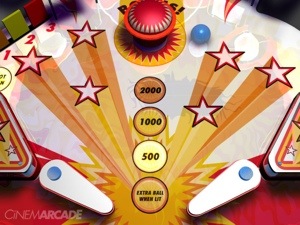 Newton’s third law of motion (one of three physical laws), can be summed up simply: For every action, there is an equal and opposite reaction.

Think about a ball bouncing around in a pinball machine. The ball is first acted upon by the player forcing it through the entry shoot. The ball cannot stop “reacting” and bouncing from one obstacle to the next until it makes its way to the bottom of the machine. Many times, even after making it to the bottom and close to the exit hole, the ball is acted upon by a skilled player adept at using the paddles. The ball relentlessly gets knocked back into play. Eventually, the player and the paddles fail to make contact, and the game finally ends. The ball escapes play.

The game of pinball explained using Newton’s third law of motion is the perfect analogy of abuse. The ball is the victim/survivor being acted upon by the abuser/player. The victim is bounced around emotionally, physically and verbally by the abuser. The victim shouts, screams, and begs for mercy. The victim can’t stop reacting until the abuse ends; it’s simple physics!

If we all understood and remembered this, a victim/survivor’s reaction and outrage toward their abuser could be easily explained. But many people who have (thankfully) never been abused physically, emotionally, spiritually, or sexually often ask: “Why can’t you just get over it. Why can’t you just let it go already.”

The answer is simple: it’s impossible and defies science. Even if the last blow was inflicted weeks, months, or even years before, if the victim/survivor has not reacted, the last blow continues to inflict pain as if it happened seconds ago.

The act of communicating what happened IS a necessary REACTION to the ACTION of abuse. Allow your friend to communicate what happened. Do not judge your friend. Do not tell your friend to move faster or get over it faster. It may take many days, weeks, months, or years of communicating the story before peace is found, because I believe the length of time a person suffers alone in their pain is proportional to the amount of time needed to communicate the pain and suffering. If they suffered alone for 20 years, it may take 20 years to purge themselves of the pain. If they suffered for 6 months, it may only take 6 months to purge themselves. Recovery should never be rushed or forced. Like grieving the death of someone you love, the process is different for us all.

It’s vital that we offer ourselves as outlets to those who have been abused. The sooner the victim/survivor speaks, the sooner he/she can get through the pain of the action and find peace.

There was an error retrieving images from Instagram. An attempt will be remade in a few minutes.