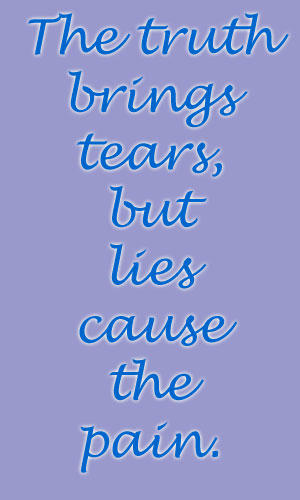 Narcissistic sociopaths (like the Boy in my story) lack the ability to feel remorseful or accountable for any of their bad behavior. If confronted head on with any direct lies or manipulation (lying by omission), the narcissistic sociopath will be quick to point the finger of blame. Like the Boy, they are masters at maintaining the wolf-in-sheep’s-clothing facade simply by diverting unwanted attention onto others.

The Boy had few friends, and the few friends he did have were ALL illegal aliens from Argentina. Because his parents were born in Argentina and the Boy spent most of his childhood in Argentina, I just assumed he was naturally drawn to them for friendship and camaraderie. In reality, these were the only people he could keep as friends. They were easy targets for his cat-and-mouse games of control and manipulation.

Between 1996 and 2002, Argentina participated in the United States’ Visa Waiver Program (VWP), a program that allows nationals from select countries to enter the United States for business or tourism for up to 90 days without obtaining a visa. So, during these 6 years, many Argentine’s entered the country legally (no need to stow away on a boat or a bus or in someone’s trunk) but chose to overstay their welcome and remain for much, much longer than 90 days.

The Boy was friends with one of these families: husband, wife and two children (not born in the United States). Upon meeting this family, the Boy quickly whispered to me that they were illegal. (Hmmm? Okay. Why tell me? Wouldn’t it be better I didn’t know?) The husband worked under-the-table in construction, and the wife worked at a hair salon as a shampooer. The children (thanks to the 1982 Supreme Court case, Plyer v. Doe) attended public schools and blended in easily with the rest of the kids.

I grew fond of them all, especially the two boys. They were funny, smart, and were very sweet to my son and helped him learn how to kick around a soccer ball. The wife was also sweet but shy and spoke little English with me. The husband, on the other hand, was extremely extroverted, well-versed in American dialect, and seemed to work very hard to provide for his family. (Of course, the fact they were illegal always left me with a bitter-sweet taste in my mouth. On the one hand, I was happy they could live outside of the poverty they described in Argentina. However, what would happen to those boys after they graduated from high school? It’s not like they could get jobs or even go to college without their illegal status being discovered. What good could their American high school education do for them in America? I tried not to think about it too much, actually. It was better that way.)

Unfortunately, the Boy shared many of the couples’ secrets with me. One secret in particular that he shared (with great delight and enthusiasm, I might add) was that the couple was no longer married. The husband had cheated on his wife, they divorced, but decided to reconcile to keep the family together. I commended them (to myself, of course) for at least trying. The Boy would often tell me how much the husband wanted to leave the wife but stayed only for the kids. The Boy also told me about the woman the husband REALLY loved: another Argentine who was married to someone else. (Hell. Really? I needed to know all of the sordid details? AND you want me to be friends with the wife?)

Then I was unfortunate enough to become privy to the biggest secret: the husband and the woman he REALLY loved were having an affair. Secret meetings. Cell phone pictures of her ass tattoo. Gifts. Dirty e-mails. (STOP!!! Please don’t tell me anymore! I don’t want to know. And why do you enjoy the drama of this so much, Boy?)

The worst part about knowing all of this was sitting in the same room with the wife listening to her struggle with deciding wether or not to return to Argentina. I wanted to have the guts to say, “Leave. Go back to Argentina. Take your sons and give them a future they deserve. Their father is cheating on all of you.” But I didn’t have the guts.

Until about two months after I escaped the Boy. I wrote to the wife and told her about the affair. The Boy later told me that my decision to tell her about the affair was “tasteless” and only made her cry. (Wow! I was why she was crying? Funny, because I’m not the friend who kept a secret from her, nor am I the husband who cheated on her. But I, SOMEHOW, made her cry?) I simply said, “The truth may have brought her tears, but it’s the lies and secrets that caused her the pain.” The Boy said nothing.

The wife returned to Argentina with her sons. I am sure the Boy continues to blame me for the upheaval of that family. I am sure he discusses how sick and sad I am for causing so much pain to an innocent family by being so “tasteless.” After all, a true friend just sits back and finds pleasure in the suffering and drama of another’s life, right? That’s the tasteful thing to do.